A Strategy for Staying Home

Susan Sontag once wrote that travel becomes a strategy for accumulating photographs.  Why not  save the planet and shoot your pictures from a window at home.

Photographer Andre Kertesz shot many photographs from above or from a window. Also, I remember a New York City woman in her eighties who rarely left her apartment, but shot memorable street photographs from her apartment window.

“When I was young, the Dead Sea was still alive.” George Burns

The most famous use of through a window photography was in Alfred Hitchcock’s movie “Rear Window”(1954), where a photographer with two broken legs is confined to his apartment. The photographer, played by Jimmy Stewart, even discovered a murderer while spying on his neighbors through an open window with his camera.

See a clip from the movie “Rear Window” below: ( Grace Kelly plays the girlfriend)

Photo Tips for Shooting through a Window at Home

Photo Tips through Windows when You Must Travel

If you must travel, take a bus or car. I shot this photo with a high shutter speed late morning  from a moving bus in Northern Arizona. When you are moving, use a high shutter speed to keep things in focus.  I like the reflection in the window, but you can avoid it by pressing your lens against the window. Unfortunately, you will also pick up more motion from the moving bus when you lean your camera against the glass.

When you stay in a hotel, always ask for a view and change rooms or hotels often for the best variety of shots. The following photos were taken from windows in two different rooms at the Miyako Hotel in downtown Los Angeles.

For the richest colors, take advantage of the golden light up to an hour after sunrise and an hour before sunset as in the above shots

I am not young enough to know everything. Oscar Wilde

Hidden under gloomy overcast skies are deeply saturated colors and soft diffused lighting. Overcast skies are defined as 90% or more cloud cover. Avoid large sections of gray sky in your shots because it will never be anything else and look for colorful subjects instead.

Artist James Nares made a video of  Manhattan Streets from a car in subdued light. His mesmerizing slow motion video of pedestrians can also be seen at the Metropolitan Museum of Art. http://www.metmuseum.org/en/exhibitions/listings/2013/street

Analyze the Light Before you Shoot

Photography is painting with light, so understand where the light is coming from. For example, even on an overcast day, if you are shooting people when the sun is high in the sky, it will create bags under their eyes and shadows over their eyes. Try to avoid shooting  between the dreaded hours of 10 and 3 or 4, or use your fill flash for portraits to fill in shadows and even out the light. Try Side light to bring out interesting details and front light for more even lighting. Choose back light for dramatic silhouettes and for old people who want to disguise their age in dark shadows.

Watch the Clouds Drift By

Even if you don’t think that life is a cloud drifting by, you can enjoy photographing them.

Cloudy day photography will benefit from some post processing in your computer because of low contrast flat light on cloudy days. An alternative way to add contrast is to carry around a sheet of red or orange acetate to hold in front of your camera lens while shooting.  A better idea is to download a free photo editing program onto your computer like Google’s Picasa or use the Apple  iPhoto program to enhance your photos. I processed this photo in Picasa after shooting it underexposed by -1/3.  That way, the highlights in the clouds didn’t completely blow out to white.  Then, I cropped the photo, changed it to black and white, applied the Holga filter to darken the edges, faded the filter, and added some contrast. Voila, it only took about 5 minutes. If you don’t want to spend that much time on your pictures after you shoot them, consider some alternatives: 1) Stay indoors and study your camera instruction manual (Exposure compensation) while waiting for a sunny day, 2) Take a nap, (see note below), 3) Use a smartphone with quick and easy photo apps that take less than a minute to make your photo “pop”.

A Note on Alternative #2— Famous British Actress Tilda Swinton is currently taking a nap at the New York’s Museum of Modern Art in a performance piece entitled “The Art of Napping.”  We old ones could shed some light on the subject, but prefer to stay in the background for now.

Next Friday some tips on shooting in the shade

No hats or sunscreen required

This blog is for aging photo enthusiasts who have been around the photo landscape a bit and for obvious reasons come to appreciate light weight point and shoot digital cameras and automatic settings.

So as not to cut into my nap and contemplation time, I’ll post weekly on Fridays  only for the next few months.

You will find a blend of humor, practical shooting advise, links to photo sites for particular topics, updates on the latest photo technology, and illustrative photos from my own collection.

By now, you’ve traded your beloved film camera/s and lenses in for a lighter, slimmer digital camera and the debate over film versus digital is a vague memory, if one at all. You may have noticed however, that the capacity to shoot hundreds of pictures a day, like National Geographic Photographers, has not made you into one, so let’s get started.

Capturing Slow Moving Subjects other than Yourself: 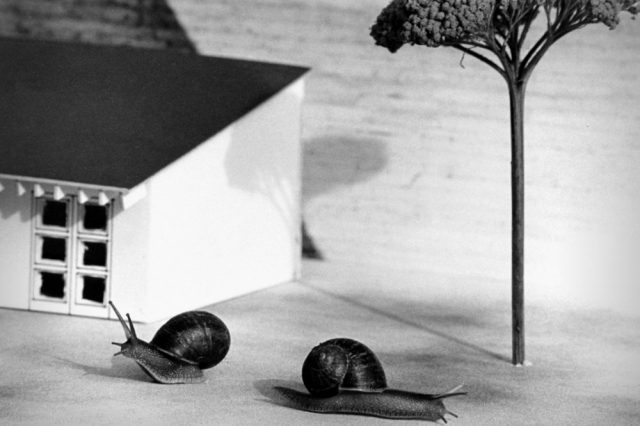 In addition to slow moving wildlife, sleeping pets and people, you may want to Shoot the Moon.

The full moon rises 30 minutes after sunset every month, which gives you  plenty of time to prepare to shoot at twilight. The next 3 full moons are March 27, April 25, and May 24, 2013. Set up a tripod, place the camera on a solid object, or hold very, very still. Use two hands and keep your arms against your body. Contrary to what seems logical, don’t set your camera on fireworks or night-scenes. The moon reflects sunlight, so set your camera to daylight and turn on the flash. Of course you won’t  illuminate the moon, but you will decrease exposure time. Extend your lens to the maximum optical zoom, but never use your digital zoom. Since the moon is a slow moving subject, you have plenty of time to move around to find a tree, building, or other object to include in your shot. If you’re hooked on the moon, try shooting other phases and at different times, but don’t make the mistake of trying to capture it during strong daylight. There just isn’t enough contrast between in the moon and sky to make it interesting. Here is an example of the moon shortly after sunrise.